Join a guided tour of the Slane Castle Whiskey Distillery located within the 250-year-old stables of the iconic Slane Castle estate. Allow the storyteller guides to immerse you into the wonderful world of Slane Irish Whiskey.

The fabrics of the Conyngham family tapestry are carefully woven through an interactive and immersive tour of the state of the art working distillery at Slane Castle.

Finish the whiskey tour in the best way possible, with a taste of the signature triple casked blend, Slane Irish Whiskey. 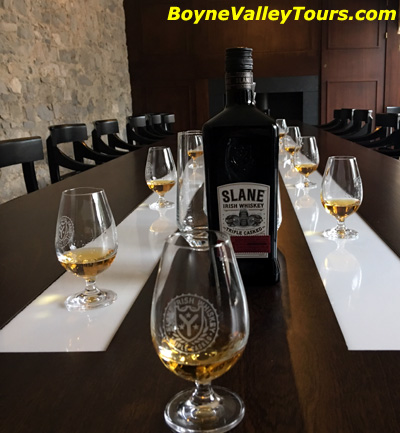 Slane Whiskey Distillery and visitors centre is located in the stables of Slane Castle which date back to the mid 1700’s. Additional buildings have been sensitively constructed behind the Georgian period stables.