Drogheda on the Boyne 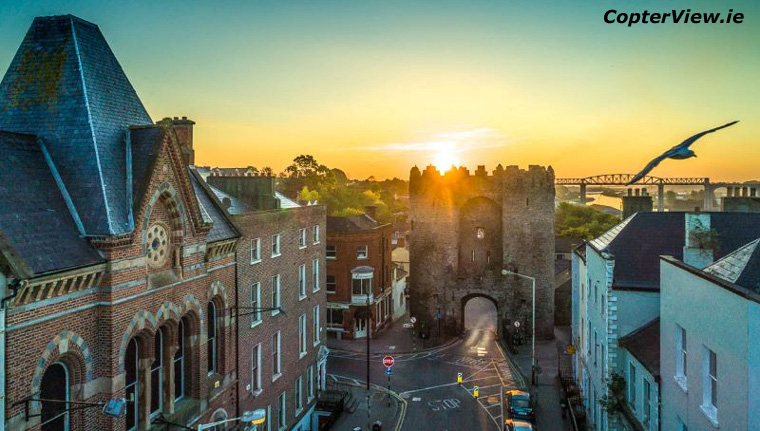 Drogheda is a medieval gateway town to the Boyne Valley. The town's name in Irish is Droichead Átha meaning ‘Bridge of the Ford’, a bridge over the river Boyne. Drogeda was a medieval walled town, only fragments of the wall remain, St. Laurence’s Gate led to the Hospital of St. Laurence. 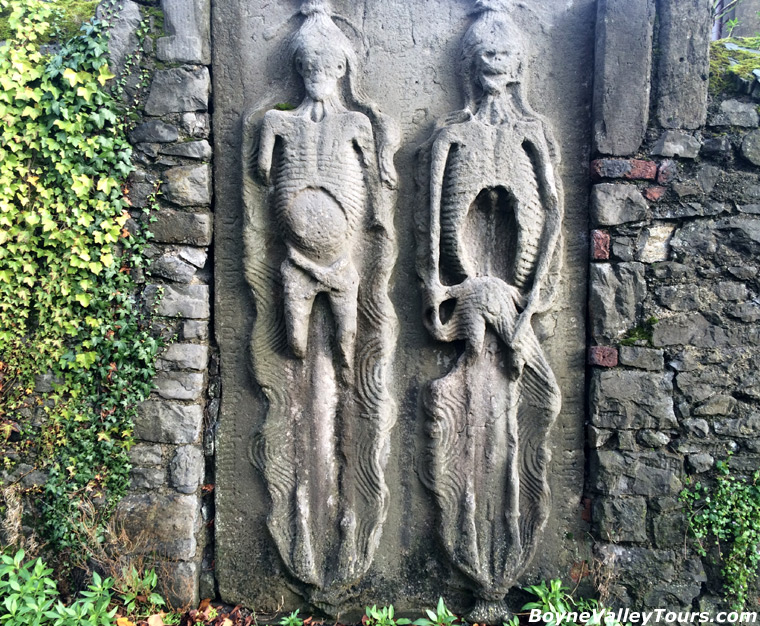 At the east end of the town, near St. Laurence’s Gate, is the Protestant St. Peter’s Church. This 19th century church occupies the original location of probably Drogheda's earliest religious site. In the graveyard can be seen the 16th century cadaver tomb of Sir Edward Goldyng and his wife Elizabeth Fleming. These macabre tombs, depicting the body in a skeletal or decaying state, were made in the 16th-17th century to remind people of mortality and the briefness of life.