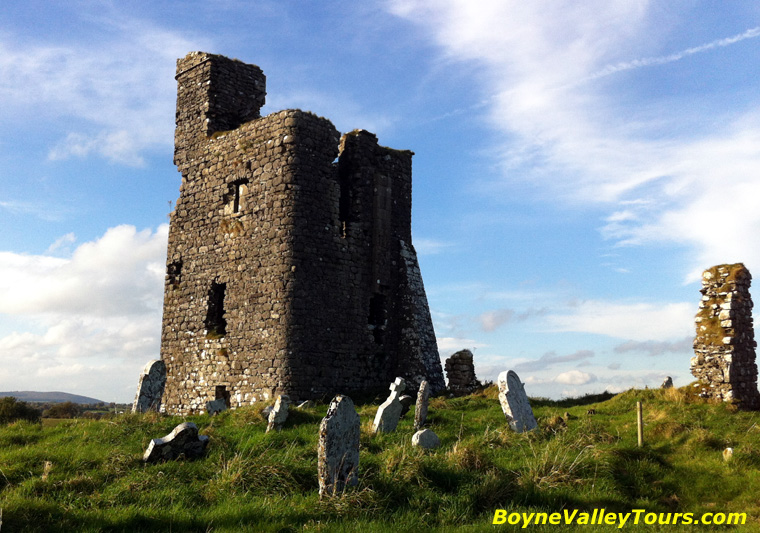 The oldest monument at Moylagh is a ring fort, probably the fortified home of a Celtic chieftain. The Anglo-Normans arrived in the 1170s and built a motte and bailey with a wooden castle on top, replaced later by a stone castle. The Anglo-Normans family who occupied the castle from the 13th to the 17th century were the Barnwalls. The fortified Tower with attached Church was build in 1470, the Tower is now the dominant feature with very little of the church or stone castle remaining.