On the days around the Winter Solstice when the skies are clear the rising sun illuminates the passage and chamber of the 5000 year old megalithic passage tomb at Newgrange in the Boyne Valley. Above the entrance to the passage of the mound there is a opening called a roof-box. On mornings around the winter solstice a beam of light penetrates the roof-box and travels up the 19m (63ft) passage and into the chamber. As the sun rises higher, the beam widens so that the whole chamber is dramatically illuminated. 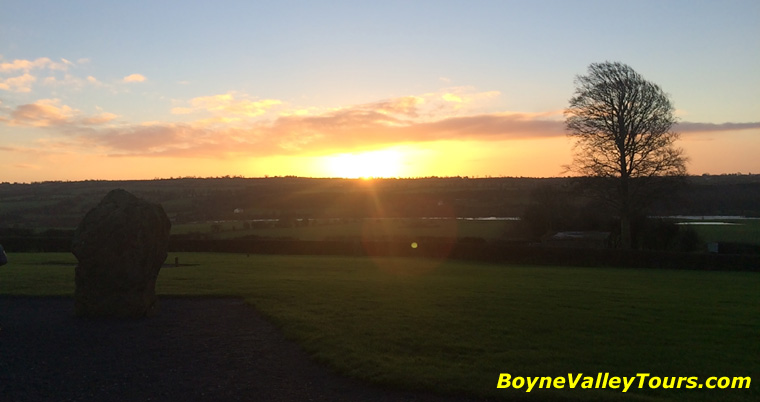 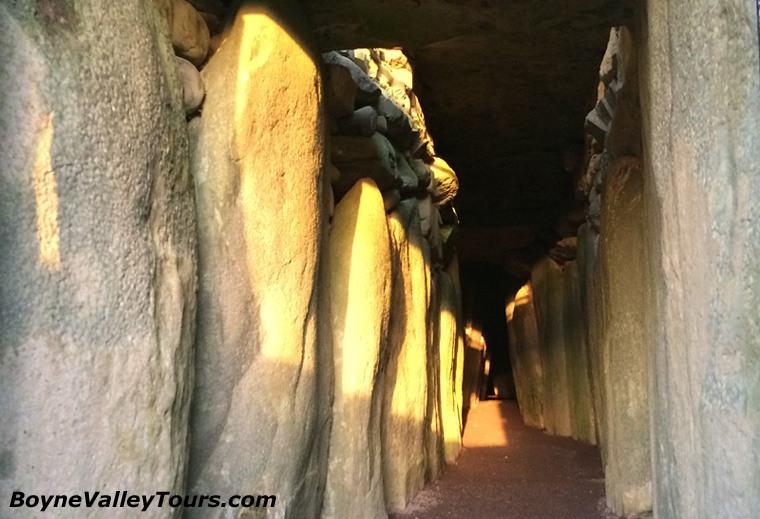 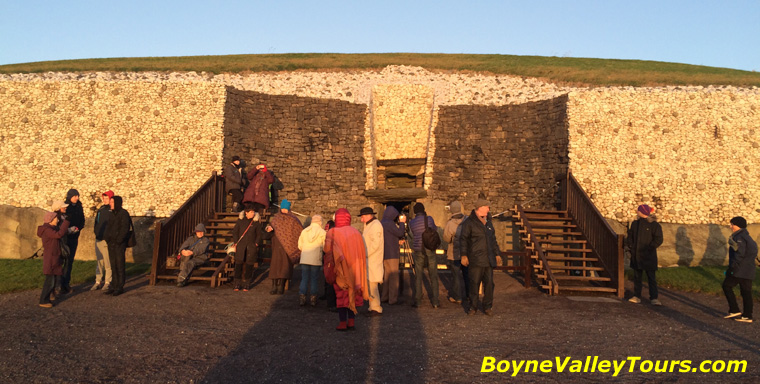 The white quartz glows in the sunlight at Newgrange.

A perfect sunrise to illuminate the passage and chamber at Newgrange.

The solstice lottery winners were experiencing a wonderful sunrise in the Newgrange chamber while the people outside waited patiently for their turn to enter the chamber. 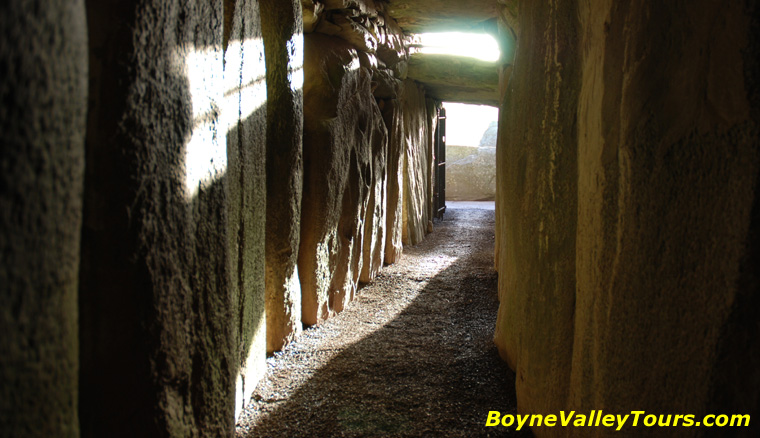 The sunbeam retreating from the passage at Newgrange. 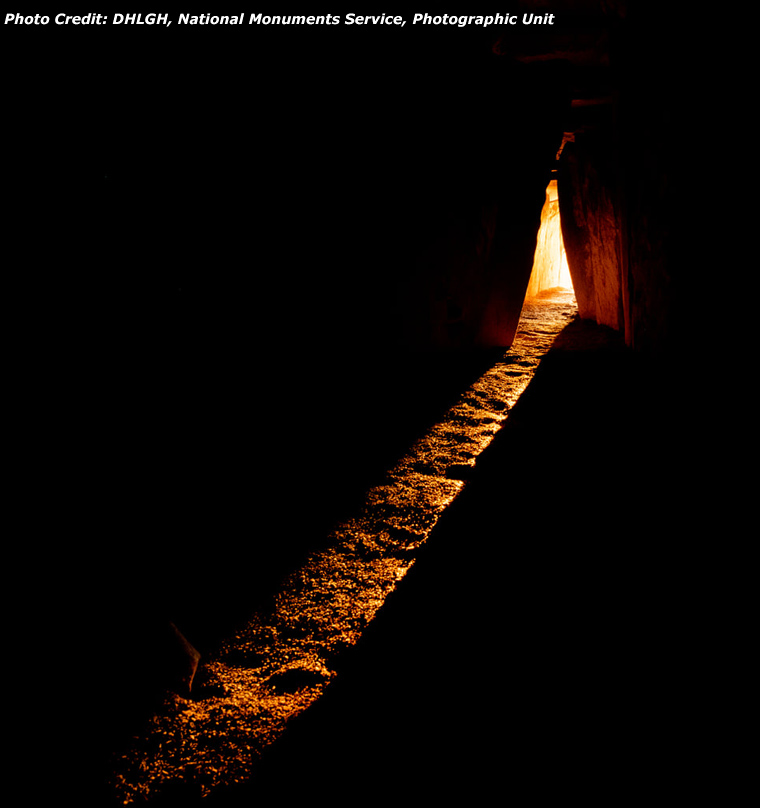 The sunbeam in the chamber at Newgrange.

On the mornings around the Winter Solstice the rising sun shines directly along the long passage into the chamber for about 17 minutes and illuminates the chamber floor. Professor Michael J. O'Kelly was the first person in modern times to observe this event on 21st December 1967. The sun enters the passage through a specially contrived opening, known as a roofbox, directly above the main entrance. Although solar alignments are not uncommon among passage graves, Newgrange is one of few to contain the additional roofbox feature.

The alignment is such that although the roofbox is above the passage entrance, the light hits the floor of the inner chamber. Today the first light enters about four minutes after sunrise, but calculations based on the precession of the Earth show that 5,000 years ago first light would have entered exactly at sunrise. The solar alignment at Newgrange is very precise compared to similar phenomena at other passage graves such as Dowth or Maes Howe in the Orkney Islands, off the coast of Scotland.