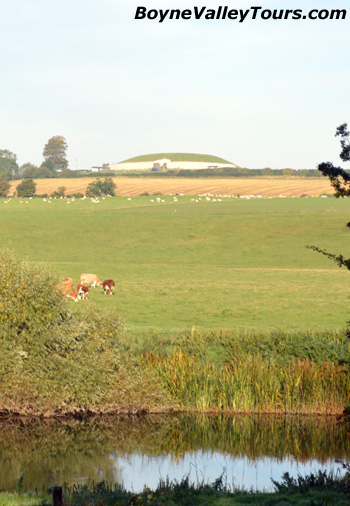 The Boyne (An BhÃ³inn or Abhainn na BÃ³inne in Irish) is a river in the east of Ireland, the course of which is about 112 kilometres (70 miles) long. It rises at Trinity Well, Newberry Hall, near Carbury, County Kildare, and flows northeast through County Meath to reach the Irish Sea between Mornington, County Meath and Baltray, County Louth.

The River Boyne has a rich historical, archaeological and mythical heritage. The Battle of the Boyne, a major battle in Irish history, took place along the Boyne near Drogheda in 1690 during the Williamite war in Ireland. It passes Trim Castle, the Hill of Tara(the ancient capital of the High King of Ireland), Navan, Ardmulchan, the Hill of Slane, the ancient temples at Newgrange, Knowth and Dowth, Mellifont Abbey, and the medieval city of Drogheda. In the Boyne Valley can also be found other historical and archaeological monuments, like Loughcrew, Kells, Celtic crosses, castles and more.

This river has been known since ancient times. The Greek geographer Ptolemy drew a map of Ireland in the 2nd century which included the Boyne, which he called Bououinda, and somewhat later Giraldus Cambrensis called it Boandus. In Irish mythology it is said that the river was created by the queen and goddess Boann. In other legend the Boyne was in river where Fionn mac Cumhail captured the Salmon of Knowledge.

The Boyne Navigation is a series of canals running roughly parallel to the main river from Oldbridge near Drogheda to Navan. Owned by An Taisce and mostly derelict, the Inland Waterways Association of Ireland are restoring the navigation to navigable status. The canal at Oldbridge which runs through the Battle of the Boyne Site was the first to be restored. 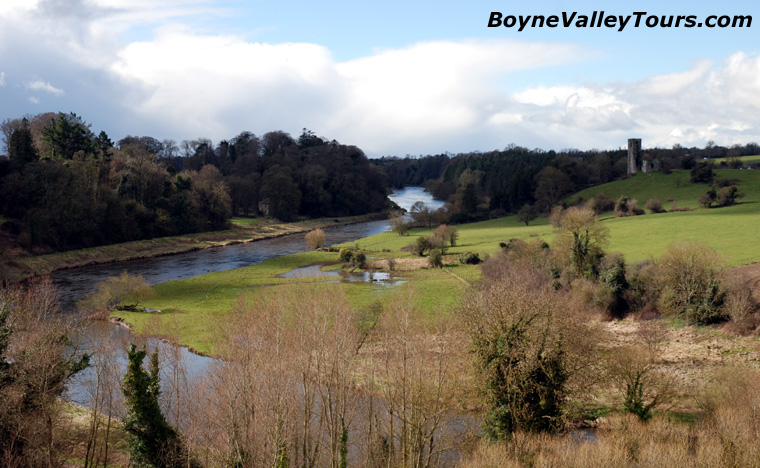 View of the River Boyne and Dunmoe Castle from Ardmulchan Church 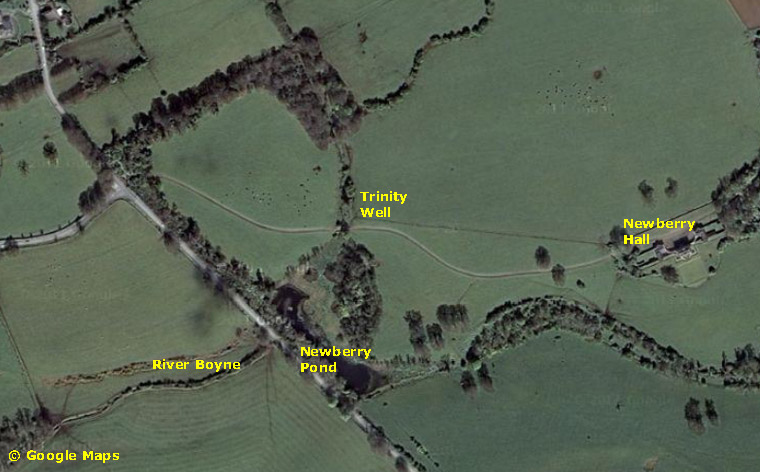 Source of the River Boyne


The River Boyne is said to rise from Trinity Well in the grounds of Newberry Hall near Carbury, County Kildare. However the stream which flows into Newberry Pond doesn't flow from the well, it flows past the well from the surrounding fields. Carbury Hall and the 400 acre estate was sold in 2010 and there is currently no public access to Trinity Well.